By Fran Roberts-Thornton and Leah Buckle

Much has been written about the men who have defined the tech world. Divisive figures like Elon Musk and Mark Zuckerberg attract an overwhelming amount of media attention, while women tech leaders have often been overlooked in both history and popular culture. Yet, as author Margot Lee Shetterly writes in Hidden Figures, her book about the black women who helped win the space race, "There was virtually no aspect of twentieth-century defense technology that had not been touched by the hands and minds of female mathematicians."

Despite this, the technology sector is further away from achieving gender equality than the US economy as a whole. Women take up fewer than 1 in 4 technical roles at the so-called GAFAM group companies (Google, Amazon, Facebook, Apple and Microsoft — although Amazon does not currently record these figures), and represent between 29% to 45% of the total tech workforce, under the national average of 47%. As research by Harvard Business Review details, women who work in the tech industry often face adverse working cultures and environments, with 72% of women in the United States and 78% in Brazil experiencing bias in their performance evaluations.

True to this year’s theme for International Women’s Day, we are taking a look at some of the women who have broken this bias, and continue to #BreakTheBias in the tech world. Their stories of perseverance, growth and discovery are crucial, not only because these women deserve recognition for their work, but because they are the role models inspiring the next generation of women and girls in tech.

Ada Lovelace is considered by some to be the world’s first computer programmer. A friend of Charles Babbage, Lovelace was especially interested in his work on the Analytical Engine. In 1843 she published a translation of an article on the Analytical Engine by an Italian engineer, Luigi Menabrea, adding extensive notes. She detailed the machine’s potential to go beyond complex mathematical calculations and developed an algorithm to compute Bernoulli numbers. The idea of a machine that could manipulate symbols in accordance with rules and that numbers could represent entities other than quantity marked a fundamental transition from calculation to computation.

A century later, Hedy Lamarr, a star of the silver screen, co-invented a device that paved the way for many of the technologies we use today. Widely regarded as the most beautiful woman in the world in the 1930s and 1940s, Lamarr was more than just a talented actress. During World War II Lamarr, and her composer friend George Antheil, created a frequency hopping device that could block enemy ships from jamming torpedo guidance signals. The United States Navy initially rejected the device, calling it too cumbersome. However, later adaptations were used in the Cold War. Many of the technologies that are integral to our lives today, such as Bluetooth, Wi-Fi and mobile telecommunications, all use the frequency-hopping method of transmitting radio signals. 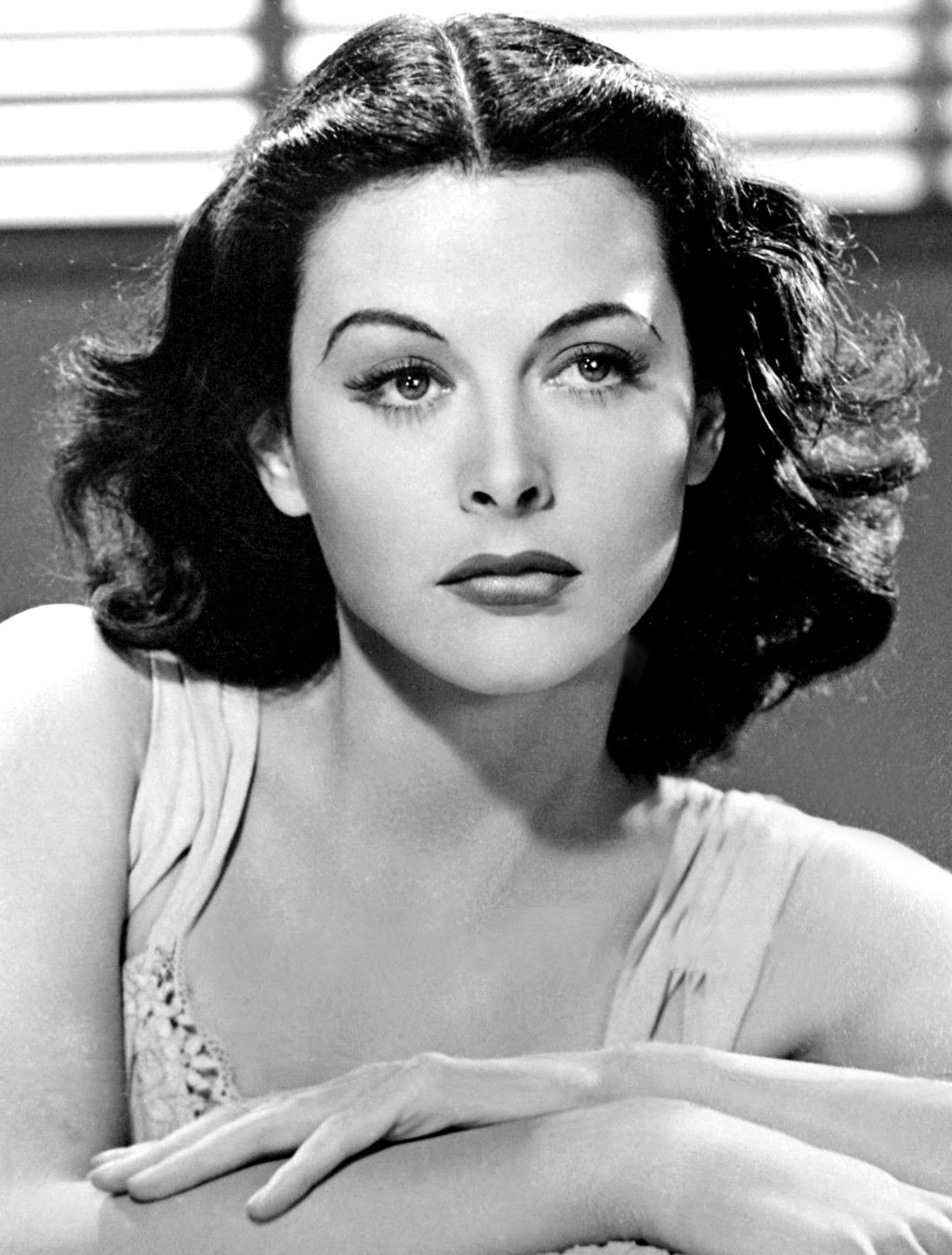 Lamarr was not the only woman who made a significant contribution to technology during World War II. Grace Hopper, who was studying for her doctorate in mathematics at Yale, joined the US Naval Reserve after the United States’ entry into the war. Though she was initially rejected from the Navy due to her small stature and older age, she was eventually posted at the Bureau of Ships Computation Project at Harvard University. There she worked on top-secret calculations that computed rocket trajectories, created range tables for new anti-aircraft guns, and calibrated minesweepers. Hopper’s contributions to computing continued long after the war. She went on to lead the team that created the first compiler software, which translated mathematical code into machine-readable binary code, an invention that is used to make most computer programs today. 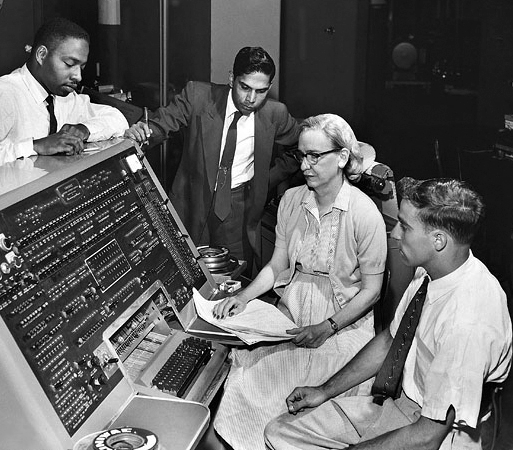 Although they faced profound discrimination, black women made significant contributions to technological innovation in the mid-1900s. Katherine Johnson was one of the first black women to work at NASA, and in 1962 her calculations of orbital mechanics were critical to the success of John Glenn’s orbit around the Earth. However, Johnson received little credit for her work during her early years at NASA and was relegated to a segregated facility with a sign reading “Colored Computers” outside the door. Women were not allowed to add their names to reports they had written or contributed to and her role was classed as “subprofessional”, despite performing complex aerospace calculations by hand. Nonetheless, Johnson forged a long and successful career at NASA. During her 33 years there, she worked on the Space Shuttle and Landsat satellite, and in 1969 helped to calculate the Apollo 11 trajectory to the moon. 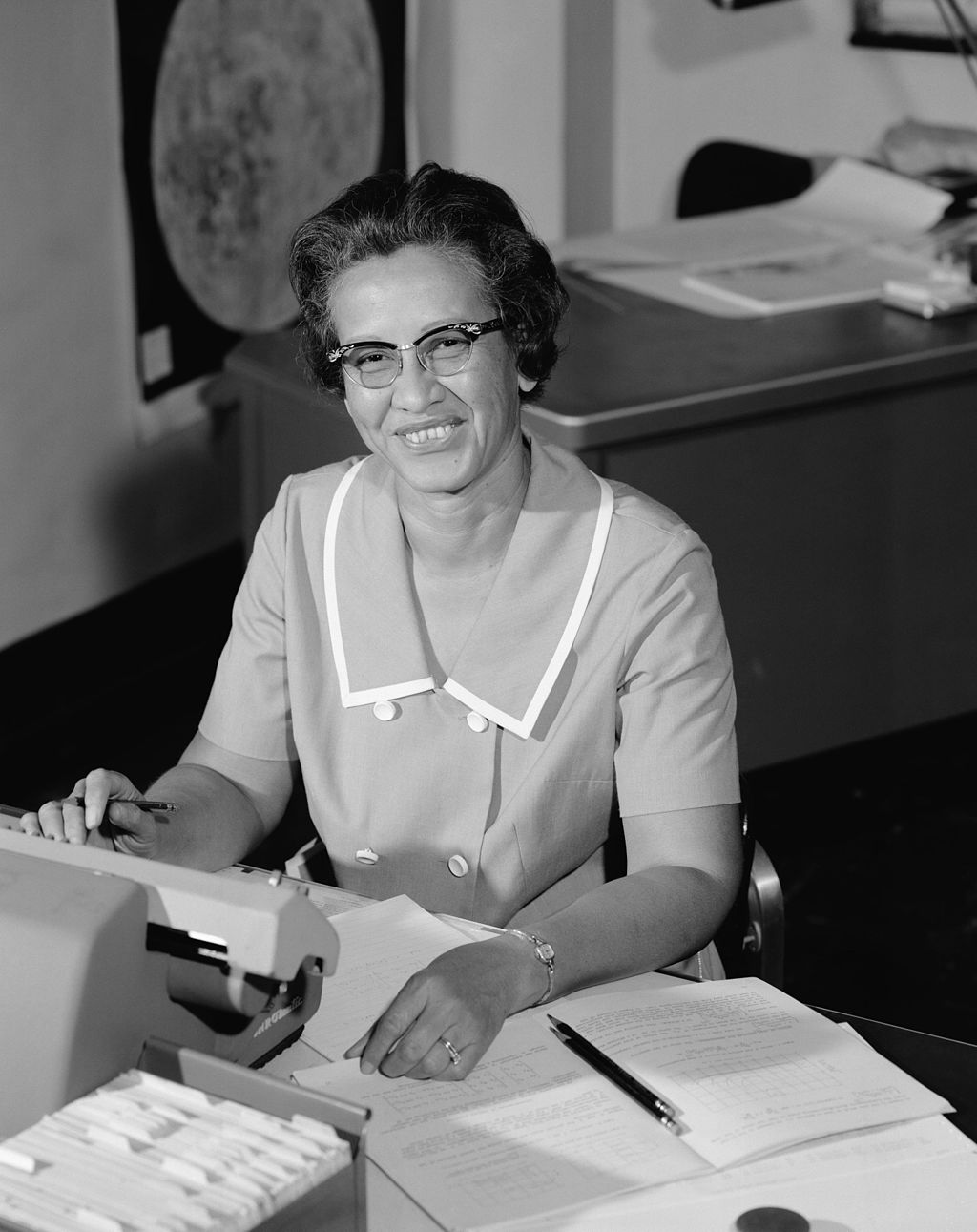 Dr. Gladys West, a mathematician who grew up on a Virginia farm during segregation, laid the foundations for the technology that later became GPS. While working at the Dahlgren Navy Base in Virginia, she programmed an IBM 7030 Stretch computer to provide calculations for an accurate geodetic Earth model. These models became the building block for the technology we use today to track our runs, check where our delivery courier is and navigate unfamiliar roads.

In the 21st century, women have continued to invent and innovate in the tech world. In 2005, Ruchi Sanghvi became the first female engineer at Facebook. While at Facebook, Sanghvi helped to build some of the site’s most distinctive features, including News Feed, Platform, and Connect. Despite her successes in the tech world, she has pointed out that it is still difficult for women to break into the “boy’s club”. As 1 of only 5 women in her university class and the first and only female engineer at Facebook for a time, Sanghvi is adamant about the need for more female role models in computer science and other technology-related fields.

It’s not just women in the US who have made significant contributions to the tech world. The Japanese computer scientist, Chieko Asakawa, has played an instrumental role in furthering accessibility research and development for the past three decades. By challenging traditional thinking on how the visually impaired use technology, she has explored solutions to improve Web accessibility and usability for the visually impaired and others with special needs. She holds the patent for the Home Page Reader (HPR), a web browser that reads the screen aloud, and since 2017 she has led a research project working to create a system, known as NavCog, to help visually impaired people to navigate indoors. 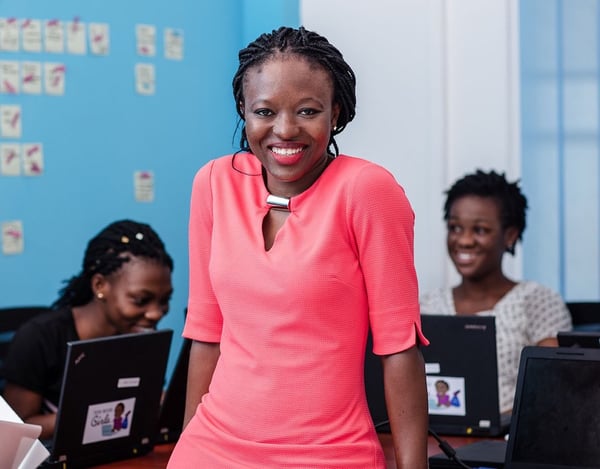 The Ghanaian social entrepreneur Regina Honu is a leader in technology and digital skills education. As the CEO of Soronko Academy, Honu and her team have trained over 20,000 women and girls and connected 5,000 trainees to jobs or supported them to start their own businesses. Her mission is to address the digital gender gap in Africa, where 37% of men have internet access compared to 20% of women.

Jude Ower is a British tech entrepreneur who uses the power of gaming for good. The gaming industry has over 2.5 billion players worldwide, and higher engagement rates than social media platforms like Instagram or Twitter. After 12 years making games for education and training, Ower spotted the hidden potential in gaming and launched Playmob. This international games platform pairs game developers or businesses with a charity and then sets up in-game advertising campaigns. By clicking on links within the game, players can make donations to charities. So far the games platform has raised more than $1m.

This International Women’s Day, take the time to learn more about some of the incredible women who have paved the way for some of our most used technologies. Remember to share their stories - you never know who you might inspire and what they might achieve!

Why not start with this TED talk about the hidden history of women in tech?

How to retain staff using learning and development

6 strategies to create a culture of continuous learning

Read Now
Previous article 上一篇 What remote learning has taught us about in-person training
Next article 下一篇 What does a neurodiversity smart workplace look like?

© Copyright 2022 Quadmark. All rights reserved.
Quadmark, and all training programs conducted by Quadmark, are not authorized by, associated or connected to CEB Inc, the authors of The Challenger Sales, in any way.